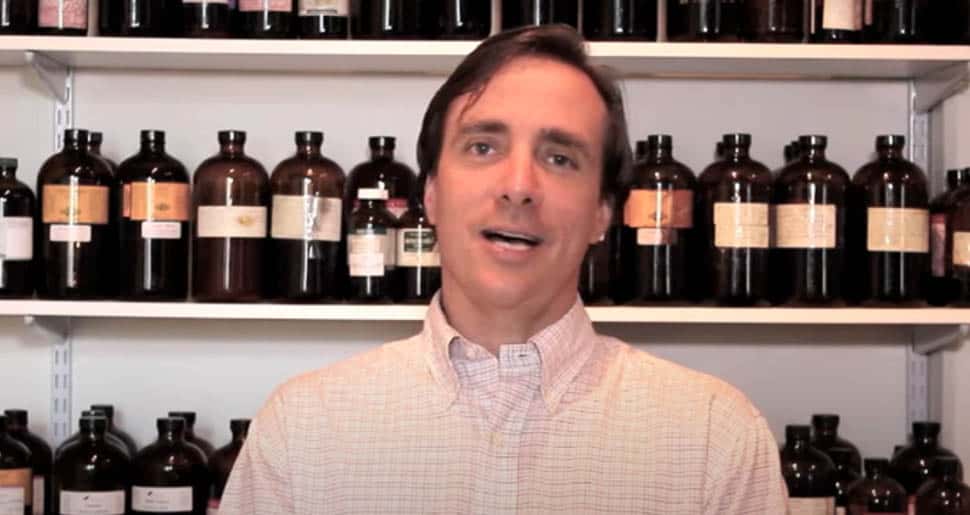 My name is Brendan Kelly. I’m an acupuncturist and a Western and Chinese herbalist at our clinic here in Burlington, Vermont, Jade Mountain Wellness. And I want to talk a little bit about the way we work with people who have the Western diagnosis of cancer and talk about how Chinese medicine thinks about cancer; and how it can treat the underlying root causes of the condition; as well as being a compliment to Western medical treatments for the condition.

So Chinese medicine focuses on not only treating the condition itself, not only treating the symptoms, but even more importantly, treating where the symptoms are coming from in Chinese medicine. It’s not enough to simply know what’s going on. It’s not enough to know that there’s a cancer diagnosis or a Lyme disease diagnosis, or a diagnosis of night sweats, or hot flashes because those conditions, those symptoms are only the branches.

They’re only what is happening on the surface from the Chinese medical view. Those branches are coming from are the result of what is happening at a deeper root level. So for us, we’re trying to both treat the symptoms as well as the underlying causes of those symptoms. And that’s very important because from the Chinese medical view not only can the symptoms themselves be treated, but there can be an increasing presence of wellbeing and an increasing presence of health.

With cancer in particular the underlying condition is often connected to what Chinese medicine would call heat. And this is analogous to the Western medical view of an over proliferation and overgrowth of unhealthy cells. So, to understand the Chinese term heat, just think about a really hot summer day where things are growing quickly, the heat can even be so severe that it’s uncomfortable.

Well, that similar condition can be internal. And when that heat reaches a level that it’s affecting enough of the cells, they not only grow rapidly, but they grow in an, in an unhealthy way. So, there is a wide diversity of underlying root causes with cancer, but one overriding tendency is the presence of heat.

So the significance of addressing something like heat with cancer is when the heat diminishes, when the heat goes down, not only can the diagnosis improve, but there can be an increasing sense of wellbeing. Connected to an understanding of heat is a condition that Chinese medicine calls damp. And damp is like analogous to,, too much humidity in the environment or high humidity. When things are very humid internally, the diagnosis is dampness. And when dampness lingers that dampness congeals in different parts of the body and can create growths, cysts, or even things like tumors.

So when we’re addressing cancer, we’re trying to not only treat often conditions like heat, but we’re also treating conditions like, Chinese medicine would characterize as dampness. And dampness is the accumulation of fluids or the jelling of fluids in the body.

An example of, a clinical example of some of the effectiveness that we’ve seen with Chinese medicine is a man that I treated when we had our clinic in Montana. And, he, is his blood cell count had just about doubled in five years. The blood cell count was 22,000 and 5 years later when he came in to see me, it had reached 42,000. So it had just about doubled and that’s an indicator from the Western medical view of leukemia of the slow progressing leukemia. And so the option for him from the Western medical view was to wait until those numbers had doubled until his blood cell count had gone from 22,000 to 44,000, and then he could receive chemotherapy. And he did not like that idea, because he had seen many members in his community go through radiation and chemotherapy treatments, and he thought it affected them very negatively.

So that’s less than half of what it was five years before. And that’s a very encouraging story and it’s a very, possible story to recreate if we’re willing to make some lifestyle changes and we’re willing to get regular acupuncture treatments, and herbs and modify diet.

It’s very possible to not only treat the condition, but to promote wellbeing. Some of the other benefits of the treatments and the acupuncture and the lifestyle changes that he agreed to was that he lost 30 pounds. His night sweats went away. He slept very well. He said he was in his mid fifties. He had more energy than he had had in 30 years. He thought his marriage was the best that it had been, and overall he felt good. So in addition to the benefits, in terms of the cancer understanding, he just felt better in who he was, and that’s very, very possible with Chinese medical treatments for cancer.